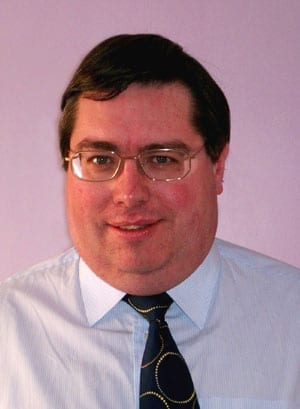 Alan Smith was born in London in 1962. He was Organ Scholar at Kings’ College,London, where he studied composition with Nicola Le Fanu and David Lumsdaine, and also holds a Licentiate Diploma in Composition from Trinity College, London.

Currently, he is Musical Director of his local parish church, St Andrew’s in BurgessHill. In January 2009, he was appointed Composer-in-Residence to the BurgessHill Choral Society. In 2012, Alan left full-time teaching after running a busyMusic Department for 22 years in order to pursue a career as a freelance musician and now combines performing, lecturing and examining with his activities as a composer

Since his first competition success in 1990, Alan’s choral and organ compositions have won numerous awards and prizes and his works have featured in both the London Festival of Contemporary Church Music and the 2007 Festival of New Organ Music. His recent successes include the 2012 AGO-ECS Publishing Award for Choral Composition, as well as the 2013 Pallant Prize.

Alan’s output is predominantly of choral and organ music; his work is widely performed throughout Europe and America, and has been broadcast on both TV and radio. Many of Alan’s compositions are written for specific choirs or occasions and recent commissions have included work for the Burgess Hill Choral Society(Sussex, UK), St James the Greater (Charlestown, WV), the Cantilena Singers (Croydon, UK), Millfield School (Somerset, UK) and a chamber organ piece for Paul Ayres (London, UK). His catalogue runs to nearly 350 pieces, most of which are available from 19 different publishers in the UK and America, or from his website www.cantabile-music.com